Jaroslaw Krzywanski is an Associate Professor at the Faculty of Mathematics and Natural Science at Jan Dlugosz University in Czestochowa, Poland. He has published more than 140 refereed works, including papers, two monographs, conference proceedings and serves as an editorial board member of several international journals. He is interested in modeling of energy devices and processes, including solid fuels combustion, gas emissions and hydrogen production from biomass combustion and gasification. He uses both programmed and artificial intelligence (AI), bio-inspired methods to predict e.g. heat transfer and pollutants emissions from coal and biomass combustion and co-combustion in large- and pilot-scale circulating fluidized bed (CFB) boilers, chemical looping combustion (CLC) and calcium looping combustion (CaL) in fluidized bed (FB) systems, performance of adsorption chillers, as well as the hydrogen concentration in syngas during the H2 production via CaO sorption enhanced anaerobic gasification of sawdust in FB units. 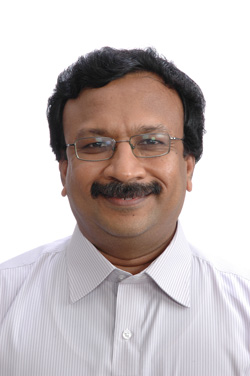 Professor Bala has helped establish the Environmental Engineering program offered by NUS since its inception and taught a wide range of undergraduate and graduate courses. The main goal of his interdisciplinary research is to advance understanding of the environmental and health impacts of air pollution on scales ranging from local to global, and to develop cost-effective technologies and formulate regulatory strategies to mitigate these impacts. His pioneering research in regional smoke haze in Southeast Asia has been internationally recognized. His group’s scholarly research outputs have been highly cited. Prof. Bala and his advisees have received many awards and accolades in recognition of the quality and the practical relevance of their research. He is currently spearheading an international research program that aims at improving air quality in cities through global alliance with premier universities. He is a one of the Lead Authors for the UN Environment Program’s 6th Global Environment Outlook, focusing on cross-cutting issues on environment and health. He is also member of the Science Panel of Asia-Pacific Clean Air Program (APCAP), appointed by the UN Environment Program, and is on the Board of Directors, Asian Aerosol Research Assembly. He has delivered numerous plenary/keynote lectures in regional and international conferences. Prof. Bala’s research achievements have been widely covered by the international media.

Paulo J. C. Favas is a Professor at the University of Trás-os-Montes e Alto Douro (UTAD), Vila Real, Portugal. He holds the B.Sc. degree in Biology and Geology (UTAD), the M.Sc. degree in Geosciences (University of Coimbra, Portugal), and the Ph.D. degree in Geology (UTAD). His research interests range from Biogeochemistry to Environmental Geochemistry. He specializes in pollutant behavior in soil-plant and water-plant interfaces, and works in the areas of hazardous metal(loid)s, phytoremediation of contaminated sites, and abandoned mine site reclamation. He serves as editor for Annals of Agricultural Science journal and as reviewer for several other scientific journals. Within the environmental science subjects, he is the author or co-author of about 50 peer-reviewed papers in scientific journals, book chapters, and proceedings (Web of Science and Scopus indexed), and more than 140 papers in conference proceedings. He has received four awards for scientific and academic merit.

Daniele De Wrachien is currently Retired Professor of Agricultural Hydraulics at the Department of Agricultural and Environmental Sciences of the State University of Milan and Member of the Board of Director of the Wessex Institute of Technology (WIT) ,Southampton ,UK. He graduated from the State University of Milan as geologist and obtained his PhD in Advanced Engineering Geology. He performed his duties as ,Director of the Institute of Agricultural Hydraulics (2000-2006) ,Director of Computer Centre of the Faculty of Agriculture,(1992-95) ,Tutor of MPhil and PhD students of the Faculty of Agriculture ,External Examiner to MPhil and PhD students ,Visiting Professor at the Wessex Institute of Technology ( WIT ). Daniele received the following Honours and Awards Award for Truthful Support and Help in Organizing and Improving Scientific Level of the Symposia "Actual Tasks on Agricultural Engineering", Croatian Agricultural Engineering Society, Award in Recognition of Services to the European Society of Agricultural Engineers, Award for outstanding contribution to Engineering Sciences, WIT,Award for the Best Performing Working Body ,International Commission on Irrigation and Drainage. Daniele is Author of over 150 scientific publications: papers, key-note lectures, books and technical reports and Member of the Editorial Board of the following International Journals :International Journal of Agricultural and Biological Engineering, 2009 : Journal of Agricultural Sciences ( Editor-in-Chief ) ,2010 , Journal of Irrigation & Drainage Systems Engineering (Executive Editor) ,2010-,International Journal of Computational Methods and Experimental Measurements ,2010- ,Journal of Smart Grid and Renewable Energy , 2010 - ,Journal of Safety and Security Engineering ,2011- , International Journal of Advanced Renewable Energy Research , 2012- , American Journal of Experimental Agricultural ( Editor-in-Chief ),2013 – ,Journal on Frontiers in Soil Science , 2013- ,Journal of Agricultural Science and Application,2013-., Irrigation and Drainage ( Associate Editor ), 1998- . Daniele has been involved in the organization of more than sixty International Conferences, Congresses, Symposia and Workshop in Africa, America, Asia, Australia and Europe, performing the role of Chairman, Key-note Speaker and Member of the Scientific and Organizing Committees. As President of the European Society of Agricultural Engineers (2002- 04) Daniele established Agreements with national, regional and world-wide Organisations such as CIGR (International Commission of Agricultural Engineering) ,ESA (European Society of Agronomy) ,FAO (Food and Agriculture Organisation of the United Nations) , ICID (International Commission on Irrigation and Drainage), IUSS (International Union of Soil Sciences) , and others. The scientific activity of Daniele deals with the following fields of interest: water resources management ,irrigation and drainage technology, performance assessment of sprinkler irrigation systems ,modelling of transport processes in porous media ,modelling and fluid-dynamics of debris and hyper-concentrated flows, flood control and mitigation measures, desertification and environmental impact of climate change, classical and quantum fluid-dynamical trajectories. Listed on: - Who’s Who in the World, 23rd , 24th, 25th Editions ,Marquis ( USA ) Editor ; - Dictionary of International Biography, 33rd, 34th , International Biographical Centre (UK) Editor; - 2000 Outstanding Intellectuals of the 21st Century, Fifth Edition; - Great Minds of the 21st Century, 2006/2007 Edition, American Biographical Institute , USA